3 Big Takeaways From My First Years of Creating YvonneWinkler.com 3 Big Takeaways From My First Years of Creating YvonneWinkler.com

(Read to the end to learn how you can participate in my website easter egg hunt!)

1. You Can Do Anything, But You Can't Do Everything

I muddled around with my old website for 2 years, afraid to commit to a WordPress site and spending more money.

Creating a business from the ground up means you’re developing a product or service, identifying what’s unique about it, who it’s for, and how to market it successfully. Once you’ve figured that out, you’ll need to sell it with confidence. IT’S A FULL TIME JOB and requires a whole lotta self-love. Add budget restraints to the mix that prevent you from hiring the best help, and you’ve got yourself a DIY project.

DIY projects are great for flower arrangements, yarn-wrapped painted jars, hanging garden baskets, and kid’s playdough. When you’re creating a business, it’s not the best time to DIY everything – you want to invest in quality advice – your survival depends on it. I tried to DIY my website with affordable and seemingly-easy-to-use website builders, but soon realized their limitations. I had a friend say to me, “I don’t know what the fuck you’re doing – the website is confusing to use and I’m having a hard time finding my way through your content.”

I naturally broke into my ugly cry, knowing full well that she was right, but I just didn’t know how to do it differently. I had spent so much time and money on social media, creating blogs, not to mention my branding – none of which had converted into clients.

I was running out of money and enthusiasm.

This is when I realized that I can do anything, but I can’t do everything. We can do anything we want. We can be successful business owners, devoted mothers, sisters, lovers, wives…but we can’t do everything ourselves. We need people to hold us accountable to the agreements we’ve made with ourselves. We need people to help us with the skills we’re not so great at, and we need different people at different phases of our entrepreneurial journey.

2. Everything has its Season No matter how much you want what you want, it will bloom when it's ready to bloom. You can't make it grow faster, but you can take care of it, nurture it and feed it. If the roots aren't firmly planted, the stems will grow weak and it won't sustain a big blossom.

I wanted to soar, bloom and radiate all at once. I got uber frustrated when clients weren’t lining up, when I had to cancel workshops because nobody registered, when I sat in front of Facebook live with only 2 attendees (my mother and mother-in-law). When I spent a stupendous amount of time carefully curating content that nobody was reading, liking or commenting on. It can be so disheartening.

Where did I get the idea that my business would be an instant success, replacing my income in the first year? Perhaps I’d taken one too many online “how-to-insta-success” courses.

But let’s say for a moment that I would’ve been able to fill my LEEP program with the number of women I had wanted (and needed to be profitable based on the price I offered it at), I wouldn’t have survived it! While LEEP 1.0 was definitely successful, I didn’t have the structure or support network in place to deliver the lessons, facilitate the group, coach, create new content, network and find the time to take care of my wellbeing, famly, or friends. I needed to grow deeper roots and a thicker stem!

It wasn’t until I took the first version of the LEEP down from its online platform that I realized how truly remarkable it was. I was so stuck on what it wasn’t (yet) that I fell into a joyless existence of worry and jealousy that my peers were surpassing me in their endeavours.

As the fog of frustration began to lift, I began to see the good work I had put into the LEEP – the easy to follow tutorials and well laid out lesson plans that covered all aspects of launching and growing a profitable business. I realized I had the right amount of registered women and the right duration for its time. And, perhaps the most valuable piece, was the feedback I received from the group about the LEEP to make it what female entrepreneurs really need.

THE POWER OF CONNECTION

Connect with a group of heart-centered women to harness the power of their experience & expertise!

Becoming a LEEP member is transformational!

The LEEP is an amazing program for budding female entrepreneurs because it shatters the views of what business should look like and provides a new feminine approach to building a business I think ALL women can benefit from. I wouldn't have been able to identify what the LEEP needed (or appreciate what I had already created) without feeling the agony of what it was missing.

There are times when it feels like I’m spinning my wheels, lapping around the same track. 2019 was a year of recovery and deep reflection for me. Now, as I thumb through pages upon pages of journal entries, I am able to see how much I’ve grown. I’m a day older and a day wiser. Every failure, course, lesson, conversation, relationship, heartache, and breakup has gotten me closer to the life I want.

I was extremely impatient, but I can tell you today, it all happened in its rightful season because growth isn’t linear. I’m truly proud of the work I’ve done over the last few years. Driven by my core desire to be free, joyful and profoundly impactful, I took all that was good, and all that was not so good, and turned it into one big growing lesson. I surrounded myself with people that inspire me and make me feel amazing. I learned to read my body and tune into my feminine wisdom. I joined communities that nourish me. I researched, contemplated, tried on, scratched out and finally revised.

I’m not just revealing a new website to you. This is how I, as a business coach, make my services accessible to you. It’s my “storefront”. It’s a collaboration with people who are really good at things that I am not as good at. It’s a seasoned response to what is needed NOW and comes with the full acceptance that this too will evolve. Apart from the look and feel being “freshened up”, the functionality got a makeover as well.

The new website will be constantly updated with new content and helpful information, interviews, announcements and client success stories in the Blog section. You can also sign up for the Freedom Seeker Insider and be the first to know about special offers and events as well as get 10% off your second coaching session.

I would like to thank Kati Pauls, who not only has great taste in design, but listened to what I wanted, offered professional guidance, and helped me streamline my website.

To the amazing Brittany Veenhuysen from whom you’ll never receive a thoughtlessly crafted copy.

Scott Clough-Carroll who always makes me look fabulous on video.

Kate Rhodes for the many beautifully captured moments.

Thank you! You are the kind of collaborators every small business owner needs.

Because I love Easter Egg Hunts, and to make exploring the new site more fun, we’ve hidden the word serendipity somewhere on the website.

Find it, send me a screenshot and receive a $25 Amazon gift card!*

If you know a woman who wants to create new possibilities and be a part of something supportive and inclusive, please be sure to send me her link. Thank you.

*One entry per person. Send screenshots to yvonne@yvonnewinkler.com. Easter Egg Hunt ends April 11, 2020 at 12am MST. 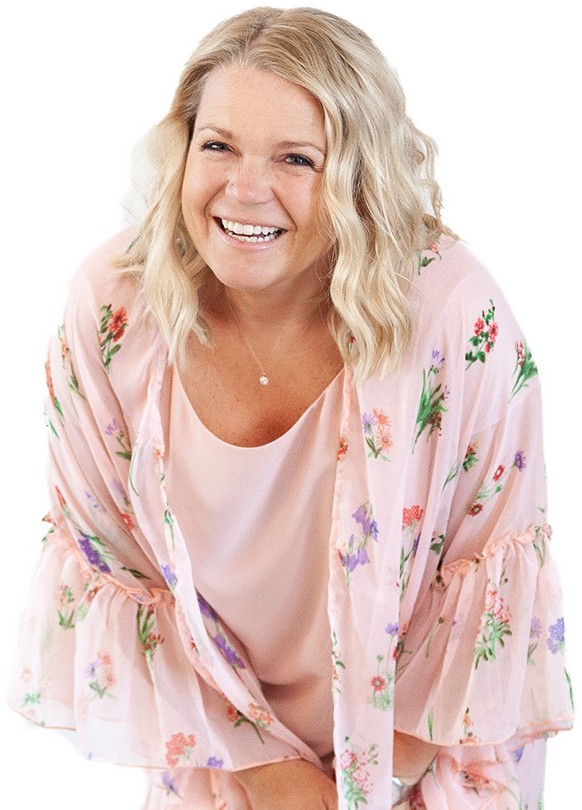 I work with entrepreneurial women just like you who feel a deeper calling to explore the meaning in their lives.